The Glasgow Seniors Team have won the Donald Cameron Seniors Trophy for only the second time in it's history, with an accumulative Stableford Score (4 scores out of 6 scores counting) of 159 points. (Douglas Park and Hilton Park were joint second with a score of 151 points). The competition was played at Killermont.

IPC Alastair Gracie had the best individual score in the competition with 43 points.

The Glasgow Senior Team members were:

The Seniors Team Captain Scott Hill received the Trophy on behalf of the club, from Brian Davidson Secretary of the Donald Cameron League. 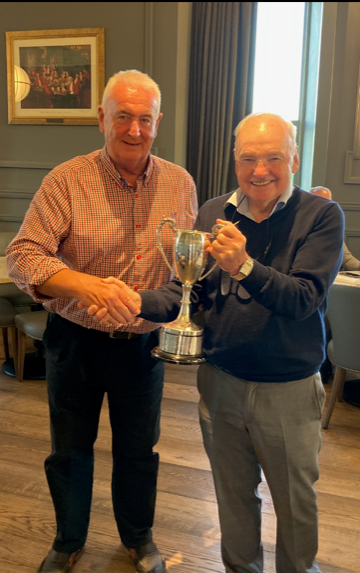